Recently, Jane celebrated her 50th birthday party and had hired a venue in the local area for the occasion. She invited all of her close friends and family to the party, however, she needed someone to cater for her guests that was affordable. She decided to hire the Hog Roast Bognor Regis team to cater for her party as they were affordable and flexible as they could bring their equipment to the venue and cook the food onsite. In addition, Jane hired a DJ to create a great atmosphere at her party. 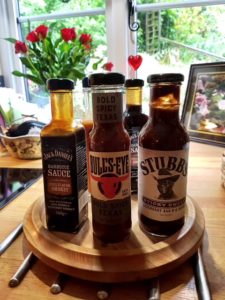 Jane chose Private Party Menu 2 from the menu selection offered by the Hog Roast Bognor Regis team. The Southern Slow Roast Menu offered a fantastic variety of different meats and sides which provides a great selection to suit off of your guests. Jane selected three main meats including the Cajun spiced whole roast chickens, fall off the bone Louisiana sticky pork ribs and the Creole pulled quarter of spiced lamb which were all cooked fresh onsite by the team using locally sourced meat. The meats were cooked to perfection by the Hog Roast team’s Head Chefs and the chefs ensured that the meats were beautifully tender for the guests to enjoy. The meats were served with fresh bread rolls and wraps to ensure that the team maintained the casual atmosphere of the party. The meats were served with the team’s classic hot sauces including the Jack Daniels smokey sweet BBQ glaze, hot pepper sauce and bourbon BBQ sauce. In addition, a vegetarian option of grilled vegetable and halloumi wraps with Tzatziki sauce was served as an alternative to the meats. Accompanying the main meats, the Hog Roast Bognor Regis team served corn cobbettes, macaroni and cheese, Cajun spiced wedges and a Greek salad. The food was served as a buffet for the guests to enjoy.